Supreme Court’s judgement of Aadhaar on September 26 declared Aadhaar constitutionally valid, it however restricted the mandatory linking of Aadhaar with private entities such as banks, telecoms, insurance companies etc. Aadhaar should be used for government services.

On Saturday, Union Finance Minister Arun Jaitley stated that it is still possible to restore mandatory linking of Aadhaar with telecoms and bank identities. Private companies can be allowed to use the unique identity, provided some statutory backing is there and other conditions are satisfied.

On addressing the summit, Jaitley discussed that Supreme Court has upheld “most of what Aadhaar does”. He argued that what has been struck down, most of it is scrapped on the ‘basis of contract’, by law it can still be done, provided you did it on the appropriate provision of law. On discussing about Aadhaar he said that Aadhaar has saved Rs. 90,000 last year for the government. The amount is equivalent to 4, 5 times the amount that has been spent on Ayushman Bharat. He further added that the notion of Aadhaar being an encroachment in personal liberty is a bit overstated. He said that he is happy that majority did not accept it.

FM Jaitley further applauded the benefits of Aadhaar saying that the prime objective of Aadhaar was to provide government benefits to citizens. Various subsidies and schemes were delivered using Aadhaar. It is an instrument to get the benefit from State. He added that Aadhaar was not a “citizenship card” and that is how it became a money bill.

When criticised for making Aadhaar a money bill, Jaitley said that government schemes have been misused in past. Beneficiaries often include people who are not born even, or even getting the benefits twice or thrice. So using Aadhaar for distribution of schemes has helped immensely in finding the right beneficiaries.

On addressing the Hindustan Times summit, Jaitley gave his views on recent judgements given by Supreme Court of India recently. On Sabrimala temple issue, Jaitley said that if the judgment counts as progressive it should be for all religions. He further added that we should leave for the future generations to decide.  He said “If you are willing to proclaim, you must be willing to strike and you must not be willing to strike one target, you must uniformly strike.”

Mr. Arun Jaitley on talking about the section 377 of IPC said “I was one of the political persons who commented that time and favoured its decriminalisation. In society many have accepted it but it took time. The decision of same sex relations has been received fairly well. The time has come for change however he expressed some reservations in some of the judgement’s observations. He supported the decriminalisation by saying that it violates the Article 21, which guarantees right to life and personal liberty.

On talking about recent judgment on section 497 of IPC (adultery) Jaitley said “it was very, very bad worded” and “rightly quashed”. Jaitley did not agree with the court depicting it as only a “matrimonial offence”. Court taking it as a private offence not a public offence, he worried if that logic can be applied to polygamy and bigamy too. 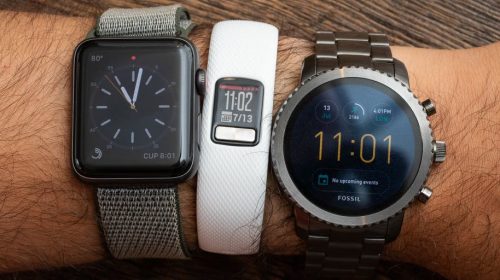